Jaggery or Gud
Posted by shilpsnutrilife at 19:32 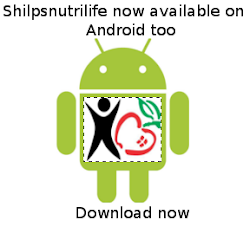 shilpsnutrilife
mumbai, maharashtra, India
I Mrs Shilpa Mittal Founder of SHILPSNUTRILIFE ......Diet and Lifestyle makeovers, am a nutritionist, have done my masters in food and nutrition and hold a merit rank. I am into this field since last 16 years. I have catered to 10,000 plus clients all across the globe. I am also attached to various schools and corporates, I take workshop on various health related theme, I blog on topics related to nutrition and also have an android app shilpsnutrilife. I have two clinics both in Mumbai one at borivali-west and the other at kandivali west, I also consult online. Shilpsnutrilife is into delivering personalised, reliable nutritional advice to optimise your health by ensuring your diet contains all the essential nutrients. No crash diets, pills, powders or supplements given. Get a permanent solution through natural customized diet be it illness or wellness. Enroll now what are you waiting for....call 9870404042 or email at shilpsnutrilife@gmail.com. For more information visit my FB page : www.facebook.com/shilpsnutrilife or my website;- www.shilpsnutrilife.com